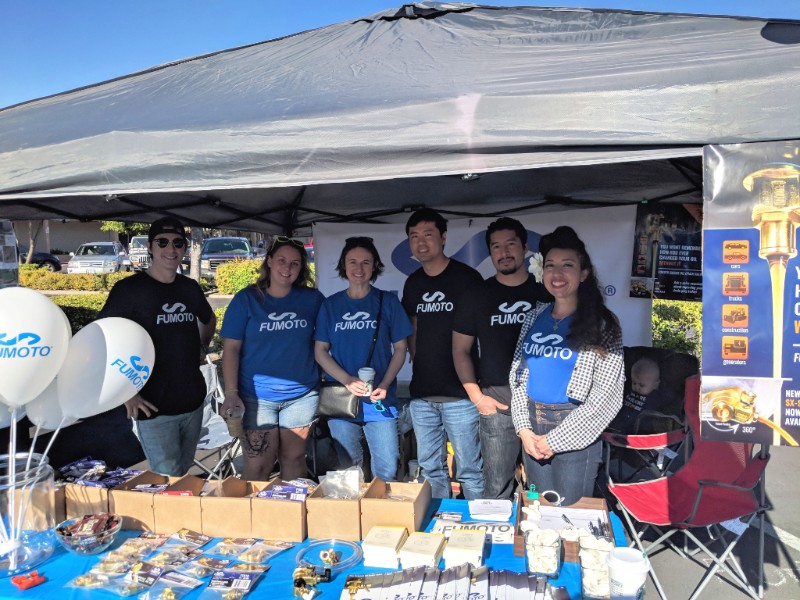 It was a perfect Sonoma Wine Country fall day: With a backdrop of golden rolling hills dotted with grand old oaks and blue skies above, the early October sun shone on the dazzling pre-1979 American made classic cars and trucks lining the parking lot at The Plaza North Shopping Center in Petaluma on Saturday for the Cruisin’ North Car Show for Alzheimer’s. Fumoto Engineering of America proudly sponsored the event put on by the non-profit Cruisin’ North Car Club of Sonoma County which drew classic car and truck owners and enthusiasts from all over the North Bay to raise funds and awareness for the Petaluma Walk to End Alzheimer’s.

Every 65 seconds, someone in the United States develops Alzheimer’s. Fumoto President Yuho Yamamoto knows firsthand how devastating dementia is on its sufferers and their families. “I am one of many families who have family members affected by dementia. I have seen how difficult it is to manage the disease, needless to say for the patients, but their supporting families as well.”

Yuho flew in from the Fumoto headquarters in New York and attended the event. “The event was awesome,” exclaimed Yuho. He is hopeful that through the Cruisin’ North Car Show for Alzheimer’s, many people learned “about the disease and will help us to fight and eventually end Alzheimer’s.”

Fumoto was a blue ribbon sponsor of the event and set up a vendor booth, complete with valves, swag, and balloons for the kids. Members of the Fumoto distribution center in Santa Rosa ran the booth and enjoyed a few rounds around the parking lot.

“It was cool to meet potential customers face to face and get to talk about Fumoto products, letting people see our set up and put some faces, ours, to the Fumoto name,” said Vincent Oxsen, distribution specialist. General Manager Dory Trebicka said she values Fumoto “being involved in the community and building new relationships. It was a big moment for Fumoto to be involved in the community the way we did last week.”

In addition to being a blue ribbon sponsor of the event, Fumoto sponsored the Fumoto’s Choice trophy, a custom made metal trophy crafted by a local artisan.

The Fumoto team members at the event had a tough decision to make in choosing the car to be awarded the trophy. “We were looking for a car that was unique, but maintained true to its original design,” said Warehouse Manager Jorge Castillejos.

The decision was unanimous. Tom Elster owner of the 1969 Chevrolet Camaro Super Sport was selected as the Fumoto’s Choice winner.

“My vote was for the 1968 Pontiac GTO, but my crewmates all were going for the ‘69 Chevy Camaro SS. Once I went over to check out the car, I could see why. It was a sleek body, had original components. It was sporty. The paint job was so shiny and red that I could’ve drunk it like a glass of fine Sonoma County wine!” said Marketing Assistant Gina Lopez.

Tom was presented with the award at the conclusion of the car show. After taking photos with the Fumoto crew, Tom placed the trophy securely in the trunk of the Camaro. Wouldn’t want that metal ripping the back seat upholstery! But it will look great in his garage!

ABOUT THE PETALUMA WALK TO END ALZHEIMER’S

ABOUT FUMOTO ENGINEERING OF AMERICA

Since 1976, Fumoto Engineering of America has earned the trust of over 10 million satisfied end users. Car and truck owners, truck fleet operators, and industrial engine manufacturers can testify to the impeccable quality, proven performance, and reliability of the Fumoto valve. Fumoto offers engine oil drain valves for virtually any vehicle engine, including classic cars. For more information and to find the valve that is right for your vehicle, please visit fumotousa.com. 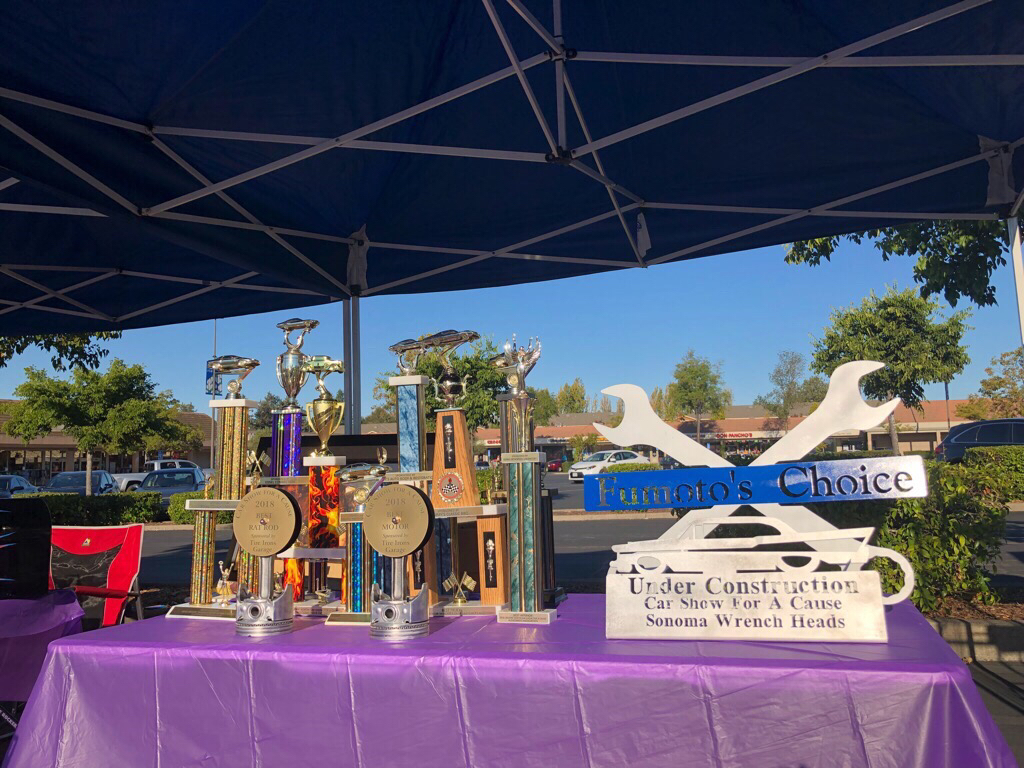